Mean horses can surprise you in good ways 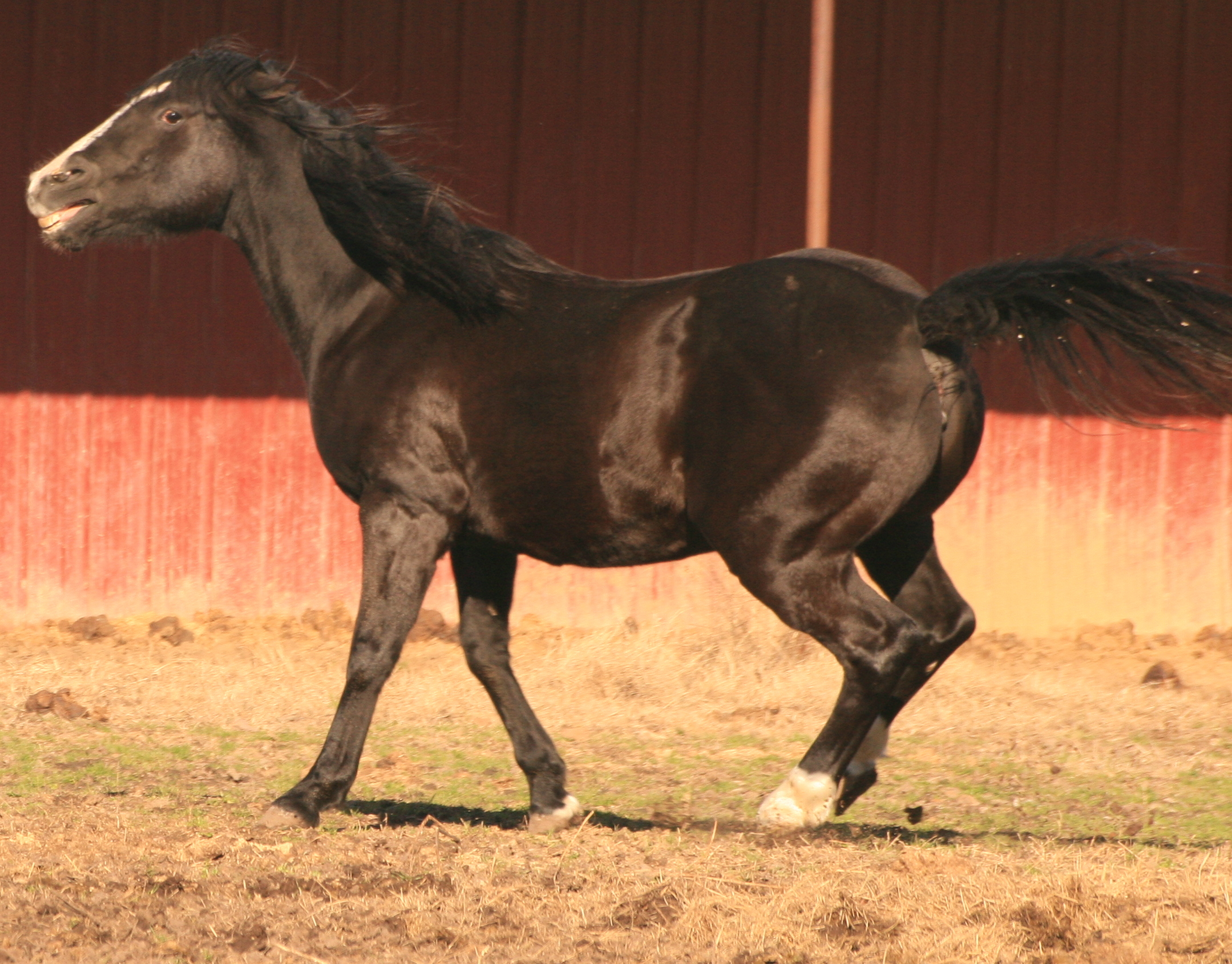 After more than a couple of decades in the Thoroughbred racing arena, I do believe some horses are born mean (or crazy). With no breed registry incentives for most owners (many never see or handle their horses except from the grandstands or winner’s circle) to consider the softer side of breeding, generations of speed-only focus have created some interesting results. Things like temperament (this does breed through), conformation (ignorance is big a culprit here), bloodline maladies, bone, feet and other factors beyond black type in a pedigree get forgotten in the race to produce the next superstar.

Sadly, few consider that that speed won’t produce win pictures and earnings checks if the stud produces nut cases that get banned, spindly-legged, bad-footed horses that break down or mean horses that are so singularly focused they’re unsuitable for a career. Mares that are mean, slow, crooked or heartless don’t help either (even if you got them for free).

That said, it’s rare for me to encounter an inborn mean horse in other breeds. Handling can certainly make a horse mean, but few are wired that way. In the last year or so, I’ve had the opportunity to work with a Morgan cross that’s just that, but so amazing in what he’s decided to do with it.

His father is vicious, according to what I uncovered after starting to work with this guy. You can tell his go-to place is violent. What’s so incredible about this gelding, though, is even with blood boiling, he wants to be a good boy. Give him an immediate acknowledgement for a try and his attitude transforms.

Of course, he’s one that needs boundaries and a swift response for those moments when his instincts overtake that alter-ego trying to come out on issues that have already been addressed and understood (which is curious – ordinarily this type of response with a mean horse will escalate things), but he’s decided he wants to learn, participate and be appreciated. You can almost see the warring factions duking it out in his brain as he tries to process what’s going on around him. Somehow, the praise seems to weaken the power of instinct with this confused fellow.

Be careful asking young horses too much, too soon

Recently, he was introduced to driving. This kid’s not the brightest bulb in the barn, so can only handle very small doses of input and insistence. It’s typical for young horses to be this way (he’s five), but much more so with this critter who doesn’t have a whole lot working between the ears.

Apparently, these driving lessons made him unridable. Over the phone it sounded like the young man performing the driving lessons had triggered his mean side by failing to praise and pushing too hard. On site, it became clear his trust was shattered. This gelding still wanted to connect and play with humans, but no longer had confidence in himself – and certainly not people after experiences that were too confusing for him to understand when he was doing what was being requested and when he wasn’t. It was incredible to see this boy, who is clearly constantly fighting a mean instinct, still wanting to be a good boy.

We worked through it in about an hour. The owner was smart to recognize the issue and call for help.

The joy you get from reaching a tough horse is priceless

Severe bridling issues were resolved in about ten minutes (he has a favorite rub spot between his eyes that has a huge calming effect) to the point that the owner was able to bridle him with ease – then and every time after.

Riding time was a joy after that as I joined the pair on foot through the trials. This was a horse that had previously settled best by moving to trot when concern was overwhelming, but now needed to stop, look and settle to resolve his angst. That was a thrill for his rider too, who was dreaming of quiet walk outings together through the woods.

What we discovered is this guy needed more one-on-one riding time with his owner to bond and learn before he was ready to take on new people, new demands and new approaches. While this gal is a novice, she has great instincts in responding to what this horse needs and does – knowing when he’s testing and when he’s honestly concerned. She’s still learning on the quick praise front for tries, but can see how dramatically the horse responds to this, so recognizes the importance of being there soon.

Once the pair get that deep connection under saddle (with rides being such a joy she’s now spending a lot of time trekking around to accomplish this), he’ll likely handle driving requests with ease – provided she’s there to encourage and supervise.

What makes me so fond of this guy (he’s not the overt endearing type) is his decision to fight what drives him, preferring a more engaging and fulfilling partnership approach to life. I don’t ever recall seeing a horse work so hard to stifle instinct drivers for a different reality. Watching him puff up and alter his ego in response to recognition of the little tries is an incredible experience. Seeing him quickly come back to that place after an encounter that would make most mean horses more resolved in their conviction to hate humans was inspiring. You gotta love that kind of discernment – particularly when it comes from a horse with less brain cells to rub together than most. What a special guy he is.

Have you encountered a horse that surprised you? Please share in the comments below. If you would, please also go to the left of this article and tweet, share, G+, Stumble or whatever else you’re into. Thanks!