Gatsby spent one life too many 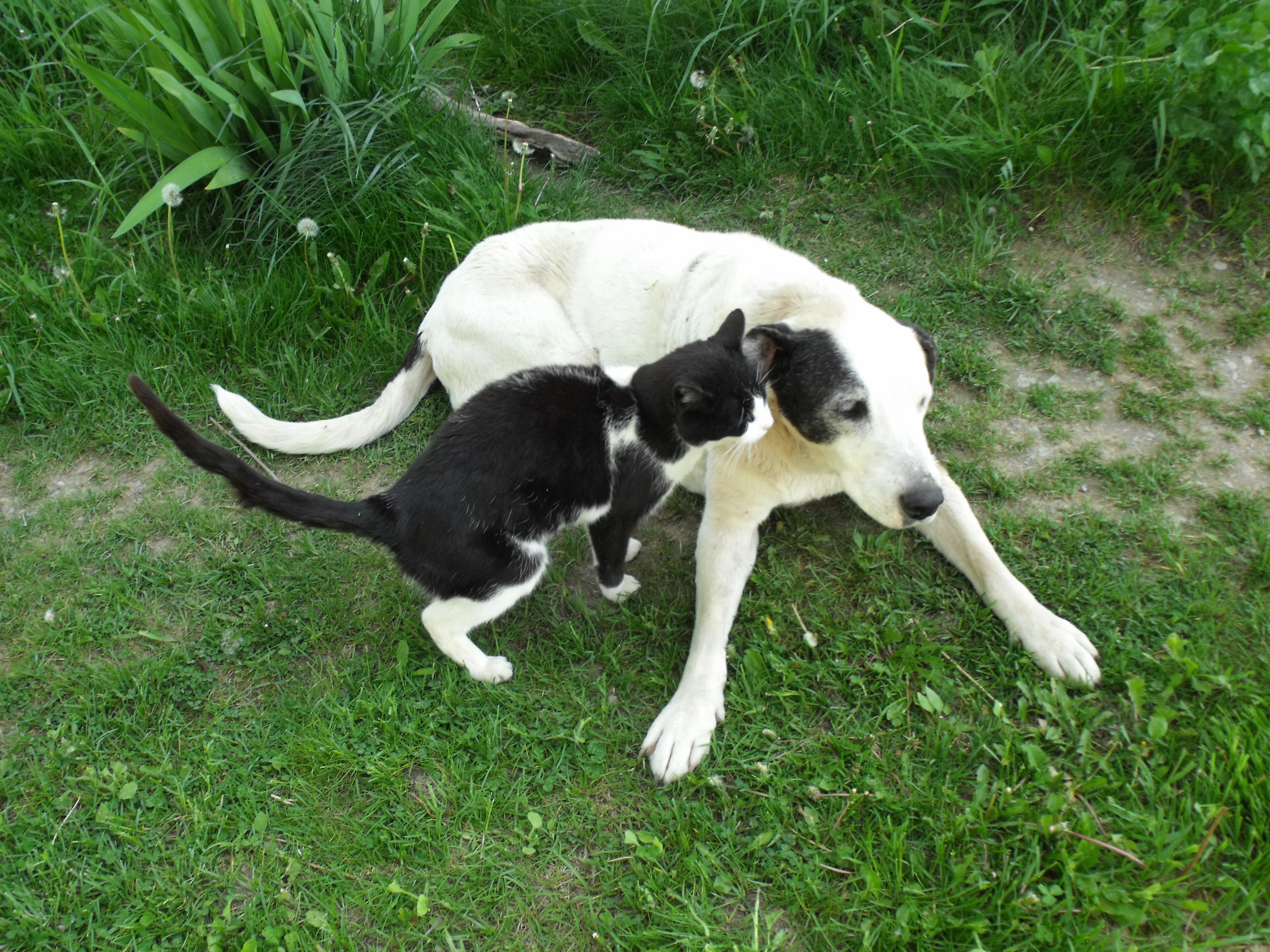 There’s an emptiness in my heart that I’m not sure will ever be fully refilled. I was prepared for this –but I wasn’t. At fifteen (ancient for a dog his size – 85-90 pounds for most of his life), Gatsby had lived long and happy. Still, it seems surreal to be going through the motions around here without him. My favorite little man has been my loyal and forgiving friend, security stalwart, varmint eradicator, best ever assistant horse trainer, 911 fallback, constant companion and blissful steadying force going back to last century.

It was a heartbreaking experience to see this fighter loose the spark in his eye and wag in his tail on Wednesday. We euthanized him at the farm, his lifelong home, on Thursday. The place just isn’t the same without him.

For all the ‘lucky to have had him in your life,’ ‘he lived a good life,’ ‘he’s in a better place’ and ‘it was his time’ comments, it doesn’t lessen the pain.

This dog knew me better than most people do. He’s been my protector, eager and intuitive farm hand and rock through some of the toughest years in my life. How do you fill that void?

Determined and stubborn to the end

My vet’s described Gatsby as cat-like for years. She doesn’t know the half of it (I was lucky to find her about five years ago). He’d probably already used up more than nine lives before she came on the scene, and many more since then.

There have been a lot of times in the past nine months or so I thought it was over – starting with the October WHIN Conference in Tennessee where I pushed up speaking commitments to rush back home after he fell down the stairs. It’s been a roller-coaster ride over the recent months of vet calls figuring it was time. But Gatsby always ultimately said no. This week, he said yes.

In typical Gatsby fashion, it took close to an hour for the multiple heart injections to stop his breathing and heartbeat. Fortunately, I was blessed with the kindness, comfort and understanding of a vet willing to come out to the property for this. One I’ve come to call friend.

The horses freaked out as I gathered tools and waited for a friend to arrive to help. Remi (we both decided to give up on making her a working farm dog at about a year ago) didn’t seem to notice or care at the time, but seems to be mourning his loss now.

Gatsby’s now buried in a place I think he would have appreciated – with a view of the horses and pastures, the house, my office, the barn and the trail head that served as the launch to his playground for so many years.

Gatsby came into my life shortly after my ex-husband left. He’s been my rock for fifteen years – and a huge helper around the farm.

This dog grabbed me when I visited the Rochester City Pound. As all others were barking fiercely and nervously at the cage doors, Gatsby rolled on his back, wagged his tail and offered his belly to scratch (of course I couldn’t reach it through the bars) before he greeted me with a calm and happy demeanor. He’d been running the city streets for months (the skin had grown around the collar on his neck) and still had a joy for life that was uncanny.

It was clear he had been tied and tormented, but that didn’t seem to have any impact on his zest for life and joy for living. Trying to do the right thing, I set up a long run for him where he could be outside but safe from the road and wildlife while I was busy doing chores. He always managed to free himself the moment I left his sight. After different collar configurations, a full harness and all sorts of other ideas to secure him, I finally witnessed how he did it. He’d back up until the line was taut, run at full speed toward the other end, then send himself ten feet into the air as he reached the other side with such force his airborne state ripped the collar or harness off. I never tried to restrict his freedom again.

Gatsby came to learn the property lines (it took a while to teach him to stay off the street) and forged a three-inch trench that represented his patrol route around the perimeter. Ultimately, the only time he’d cross the street was to get help if I was in trouble. All the neighbors knew this. So, I never felt like I was alone or without help when riding the trails, running farm equipment or doing dangerous work on the property. Forget about intruder threats.

Gatsby never seemed loyal to the casual observer, but anyone approaching the property knew exactly where I was by noting where he was planted. His devotion wasn’t the racing to greet you, helicopter tail, face licking kind of display – it was much deeper.

He eradicated the entire ground hog population on the property. We filled in over 200 holes of gone gophers prior to a recent 26-acre fencing project. Gatsby also encouraged a huge coyote population to find a better place to live. Raccoons were his play toys. He’d carry them home, chase them up a tree, then run up behind them and bring them back down. Besides a scar across his nose (I don’t imagine this aggressor fared well after that move), he managed to have his fun without getting hurt. Still used to put my heart in my throat to witness this, but it wouldn’t have been very wise to put myself between Gatsby and a coon (there were some things that just weren’t negotiable with Gatsby – meals he secured were his or else).

When I called Gatsby to come, he’d give me a look and either decide to amble over to me at a slower than normal pace or merely turn his head to acknowledge he heard and is now ignoring. He ultimately became stone deaf, but it was hard to figure out when selective hearing ended. Ultimately, I added hand signals to the mix, but still got ‘the look’ periodically.

His instincts with the horses were amazing. For more than a decade I felt safer with him along on the ride than any person/equine combination I could have conjured. He knew exactly what to do to bolster a young horse’s confidence, was artful at patiently desensitizing for career demands and quick to take the lead when a tentative mount needed to be encouraged over or past something scary. He had an incredibly calming effect on any horse not only during training time, but also during vet emergencies.

Gatsby loved my dad more than anyone in the world. When I’d tell Gatsby he was coming (my father lives out of state) Gatsby would bounce, spin, squeal and keep looking down the driveway with the eagerness of a child just given money for the ice cream man. When my dad left (Gatsby always knew when he was getting ready to head back home – no idea how) it was without a goodbye. Gatsby would hide. Seems he figured if my dad couldn’t offer proper adieu, he wouldn’t leave. Then he’d sulk for hours after his departure.

I had to teach Gatsby how to bark. Actually, I’m sure he already knew how, but wouldn’t. He probably learned at a young age it was easier to skirt the dog catcher with silence. Anyway, I’d lavish him with praise for every little muffled woof he’d offer when a stranger approached. Eventually he learned to signal unknown company, but rarely barked otherwise – except when hunting ground hogs. For that, he’d stand atop a hole and bark incessantly until the critter popped his head out to strike an annoyed blow. Gatsby was quicker.

Gatsby touched a lot of people in his life – especially me. He was also a trusted and appreciated teacher to hundreds of equines over the years. There wasn’t a vendor, friend, business associate or other visitor that didn’t develop a fondness for this guy – except for maybe my mailman (apparently he tried to put a package inside the screen door one day when I wasn’t home). Vendors even came to bring their dogs along for a romp because they knew Gatsby would keep them safe. There was just something special about him that everyone picked up on.

Gatsby wasn’t in pain. In fact, he handled increasing physical disabilities comfortably and without complaint. He simply decided he had enough. I’d never seen this determined, stubborn dog give up. Now I have. That hurts.