Special horses can make you cry 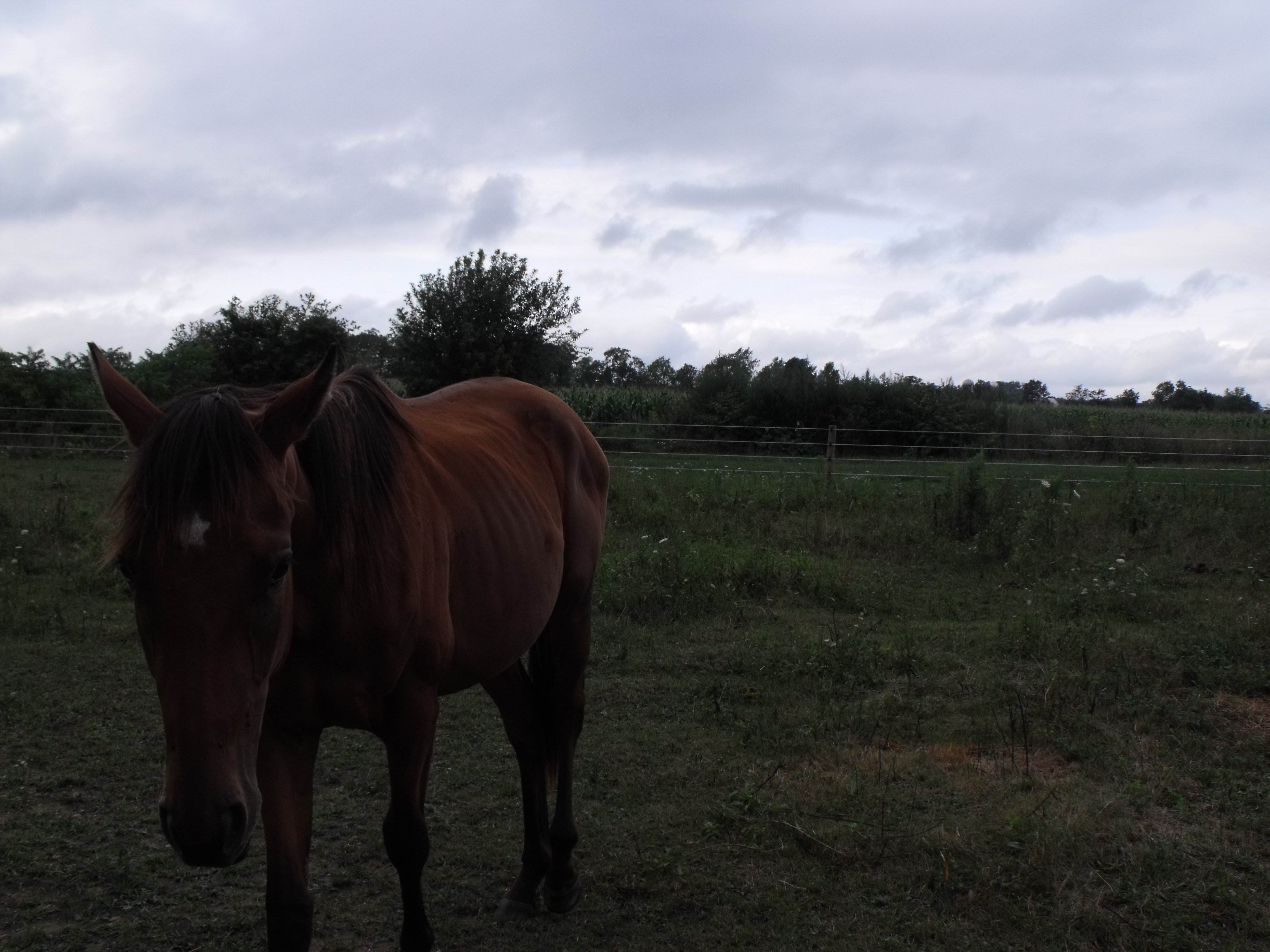 This past month has been heart-wrenching. Days have been marred with a constant struggle treating symptoms without a known cause to try to help dear, sweet Redford recover. This takes its toll – on both you and the horse. The time and angst involved in playing the guessing the game without uncovering an answer can be all-consuming – and devastating.

Redford, a 14.2hh, three-year-old Thoroughbred gelding has served as my buddy, a source of inspiration and on-the-ready helper for so many different farm tasks. He began this ordeal with what is commonly called colitis, but can mean just about anything once you get past the outward signs and discover what’s really going on inside. Sadly, in many cases, this isn’t discovered until after a necropsy (or autopsy) is performed.

Redford’s always been one of these really special horses with personality, an intuitive cooperative spirit and a helpful cleverness that makes you smile. Everyone introduced to this horse wants to bring him home. He’s just always been a character with a kind, gentle approach that’s tuned in to whatever the person he encounters needs to feel comfortable.

It amazed me to watch what I came to regard as ‘my little helper’ in action. We have a group of farm-owned horses at Halcyon Acres® that spend most of their time on about 26 acres of pasture spattered with run-in sheds where hay and minerals are provided as necessary. During much of the year, about half the horses get culled out daily to go into the barn for grain and/or treatment or training. We keep a routine, and that helps, but Redford somehow figured out how to jump in with influence to save me tons of time while adding a huge grin to my face.

What struck me as so odd about all this is Redford certainly isn’t a herd leader. In fact, he ranks pretty much at the bottom of the hierarchy. Yet, I discovered if I called his name first when it was time to bring horses into the barn, he’d take notice immediately and start heading toward the gate. As I called others’ names he’d check to see if they were following. If not, he’d go round the ones indicated up one at a time as names were called and head them toward the barn. Every horse he approached would then fall in line and head down the hill as instructed. He only culled out those called.

One in the group was the lead mare and I couldn’t trust her to take the herd to the barn unfettered as she would occasionally delight in heading everyone off to the corn field. My first approach was to halter her prior to opening the gate, but this need stopped when Redford became the guide. All I’d have to do is open the gate and ask Redford to ‘take them to the barn’ if Midge decided she was going to pull one of her excursion exploits, and he’d get back on track down the hill with other horses taking notice and following. He’d go with the herd initially and naturally, but the moment I requested his assistance, he’d jump in to fill the role.

We started treatment with stall restriction but soon it became apparent he needed grass. For a week or so, he was confined to small paddocks for limited time to ensure the exposure didn’t lead to a laminitis issue. After that, he couldn’t be turned out with the farm herd because it was important to limit his exertion and this crew can get pretty vicious with a sick horse that’s been out of the mix for a time. The paddocks didn’t offer shelter or safe socialization opportunities.

So I decided to turn him loose, ultimately for about twelve hours a day (on those days when I was at the farm continuously). Redford, in true fashion, appreciated the privilege and kept me smiling with his wise and accommodating approach to this offering. He’d graze along the fence line to be close to the other horses when they were near the barn, travel down the cherry laneway, nap in the tree line or in his stall and return to the barn when he wanted shelter from the wind, bugs, rain or sun. Sometimes he’d sample hay from the stack, but never made a mess, nor did he get into the grain (besides the complete feed bag set out for him). He developed a routine that usually had him grazing all morning and late afternoon, hanging out in the barn in the early afternoon and returning to his stall in the evening just before last chores to be closed in for the night.

The one – the horse of my dreams

My plan was to interact with Redford at liberty for everything we did to prepare him for a riding career. He was going to be the first horse I started without any tack. I imagined the two of us riding out sans bridle and saddle tackling whatever challenge appeared with an understanding and connection that didn’t require restrictions, but was instead, drawn from a trusting and intuitive connection that had us both in sync in uncanny ways. We were already there on the ground so it wasn’t a stretch to see this during riding time.

Redford was born on my birthday three years ago. He died yesterday.

In Redford’s case, we did all the tests – blood work, fecals, belly tap, etc., etc., etc. There wasn’t anything that came back indicating an issue. When we opened him up we discovered cancer.

He spent the last month of his life spewing liquid manure, sporting a high temperature we often had trouble controlling, tolerating needles, dosing syringes, thermometers, baths to prevent scalding on his backside (he hated these but stood like a trouper when asked), losing tons of weight and demonstrating a positive and resilient attitude in the face of pain far greater than we realized. On Tuesday, he gave me ‘that look.’ I listened.

I’m going to miss this little guy so much. Every day he enriched my life. It’s sad we weren’t able to save his. I get things happen for a reason, but I haven’t yet figured out what I’m supposed to take away from all this. In fact, there are going to be a lot of tomorrows that will seem empty without him.

Maybe the lesson comes from the extreme kindness and generosity that poured forth through the horse community as we struggled to find an answer that provided a cure – or at least some relief for Redford. There were many, but I should make special note of Kay Aubrey-Chimene (in Arizona), Karen Miller (a referral from Lisa Derby Oden in New Hampshire – I didn’t know Karen prior to this challenge) and of course, my wonderful vet, Dr. Janet Wilson (in New York). It’s comforting to see time and again how genuine and truly caring the people in our industry are. Thanks to everyone for the outpouring of support through this ordeal. Each of you helped to make a very tough month a little easier for both Redford and me.