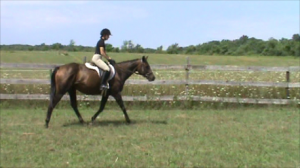 It’s been a crazy month at Halcyon Acres®. We spent much of it struggling to get temporary water to the house, trucking it in to the farm and figuring out a fix. Last week we were finally able to get an available backhoe in here to dig a new water line. Might sound like a simple task, but wasn’t.

Diagnosing the problem took a while. First, we suspected the well was dry (we’ve been dealing with horrible drought conditions here). Seemed odd given the super producing underground stream, but I can’t recall a time when we’ve had so little rain fall coupled with high heat.

It wasn’t the well. Good news on the biggest problem front, but not so much on the ‘when will water flow’ question. Ultimately, we determined it the line.

By the end of the week a temporary fix was rigged. The problem was, we were asking a pump that was already working pretty hard to draw a longer distance and up an extra five feet of height. Holding the prime became a challenge. It was enough water to brush teeth, flush toilets, wash dishes and take rapid showers – all spaced throughout the day to put as little stress on the pump as possible – but we’ve been trucking water in for everything else.

The backhoe was a bigger challenge. The narrow, steep terrain, shale (and a foundation, as it turned out) and mud (getting to the well required digging through this productive underground stream) required a gutsy yet agile machine.

Seventy-five percent of the organic produce crop is gone. We had to resort to some insecticide treatment in the end.

The rain dances have paid off and water is flowing again at the farm.

Funny, I never realized how much I depended on water for most waking moments of my life. Now I do. It’s wonderful to find a new appreciation for something most of us take for granted.

This past month marked the hire of an assistant trainer. It took a while to find someone qualified. Many applicants had been riding a long time, but didn’t know how to do much more than be a passenger. Ultimately, we settled on a gal who was kind with the crew, had enough experience to be able to work with some of the greener horses and could operate independently. She set the compensation rate and her hours. She loved the horses, was awed by the beauty of the property and enjoyed the job. She pulled a no-show after a week’s time and later quit via an e-mail message claiming time constraints.

My wonderful vet stepped up and offered to lend a hand. This week we videotaped some of the kid-friendly stock under saddle and captured a bunch of conformation shots of others. Advertising will commence in the coming weeks.

I was also put back in touch with a lovely young rider/trainer in South Carolina. Some of the horses will be shipping down there for polishing and rehoming.

Remi’s stepped up and is trying to lend a bit of a hand with the horses in Gatsby’s absence. None of the horses have taken on Redford’s role.

Horse life on the farm

Crooked (she’s not any more – probably should come up with a new nickname) continues to grow and show how clever she is. She’s probably close to 15.3hh at only a year old and has a lot more growing to do. Her new game is to eat grass only on the outside of the fence. We’ve been doing a lot of work around here so the fence has been off. She knows it.

Einstein has a different approach. He’s a jumper. Of course, he can’t seem to figure out he can get back in the same way he left. At least once a week I hear thundering hoofs and screaming through my office window. Fortunately, he knows where the primary entry spot is so it’s a merely matter of calling him and swinging open the gate, then watching him whoosh down the hill, corner the ninety degree turn at 35 mph and gallop full speed to the herd hollering all the way.

Midge hasn’t lost her spark. She’s loving being back in training. Riding her again is bringing back the old memories on what attracted me so much to this delightful mare. It’s so funny to witness her energy, enthusiasm and stamina. She’s game for anything, handy as can be and always ready to go, go, go. You can feel her smiling through every request and especially the new challenges.

Dixie is a gem. She was one of our video-taping projects. My vet couldn’t get over how sweet she was. This is another gal that was put back into training after a long hiatus. I forgot she’d never been ridden at the farm. She handled mounting with a stirrup and the trails like an old pro.

On the young horse training front, Judie’s old-soul mentality makes her one of the steadiest and easier horses on the trails. She seems to enjoy quiet rides alone. She comes running when she’s called and relishes her individual attention. As one that’s relatively low in the herd ranks, she appreciates a new routine that has her in the barn during the day. Clover and Leah are back in training too – both sharp little gals who pretty much started back right where we left off last year.

The herd’s starting to segregate. They were running as a band together until recently. It’s interesting to watch the dynamics. Sometimes you can learn more about a horse by watching how they interact with other equines than you can through direct contact.

Hope you all are enjoying the seasons and the horses that make them so interesting.