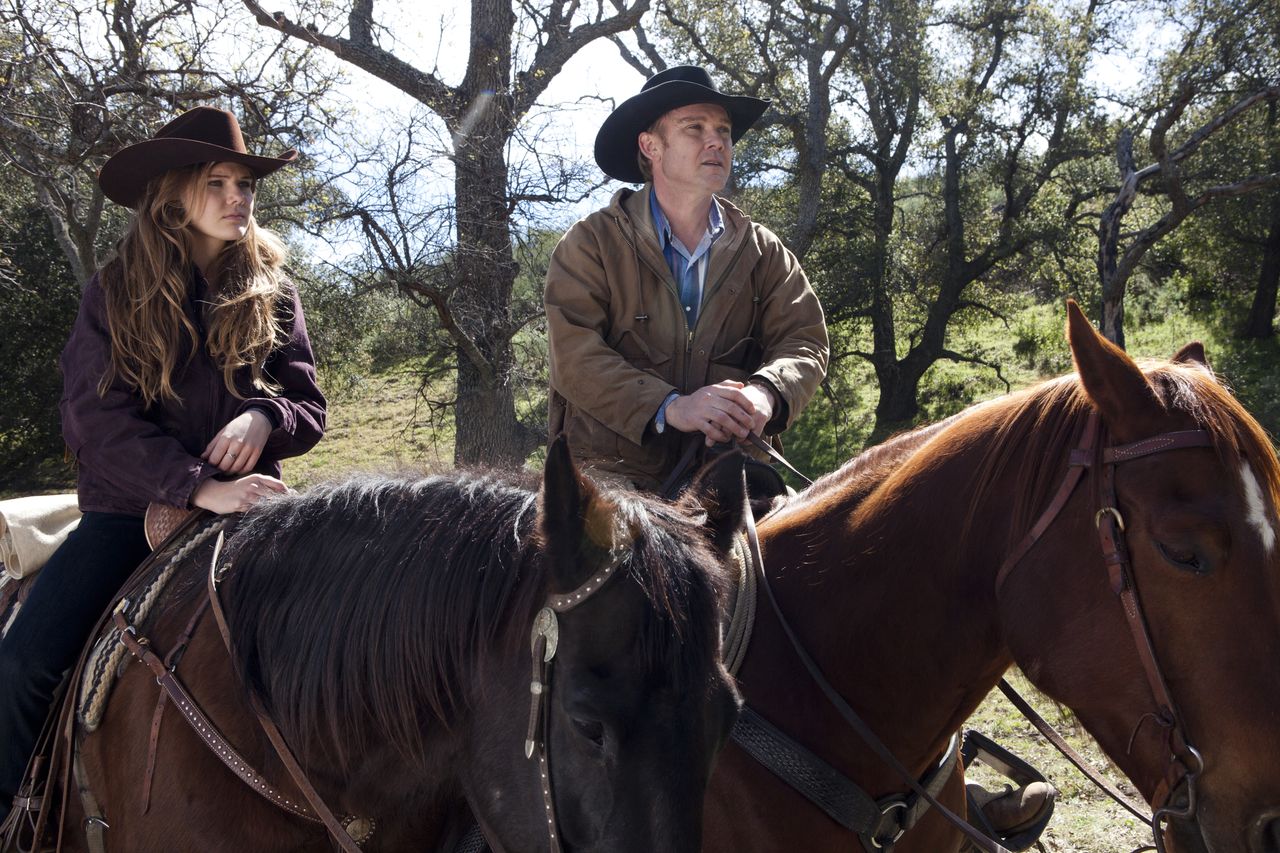 If you’re not doing anything the evening of March 9th, there’s an interesting film scheduled on the Hallmark Movie Channel. I haven’t seen it, but have been back and forth with the publicist for this movie for the better part of a month. It seems like a movie worth the watch. This is a family Western.

Ricky Schroder (you may remember him from Lonesome Dove, Silver Spoons or NYPD: Blue and the film, The Champ, a role where he earned a Golden Globe award at the age of three) and his wife, Andrea wrote the script for this one. He (Ricky) decided to give his daughter, Cambrie, an introduction to her dream of acting without the perils and loss of innocence so often associated with the Hollywood scene. Cambrie stars in this film with her father as co-star and producer. In fact, the movie includes the whole family, with sons Luke and Holden serving as antagonists. Daughter Faith, wife Andrea and even Ziggy, the family dog are included in the onscreen talent mix.

Tommy might be the biggest star, portraying Bravo, the horse featured in the film. Since Cambrie is a seasoned rider, she found working with this additional co-star fun and easy.

The movie resulted from an idea the Schroder’s oldest daughter, Cambrie, suggested after begging her parents for years to be allowed to find her first acting job.  “Andrea and I realized that once she’d have her driver’s license, she would do this acting thing with or without us” said the experienced actor and father of four. “So Andrea and I decided to create this film and produce it. This way, she (Cambrie) could be surrounded by protective and loving people who encourage her during her first acting experience rather than being surrounded by strangers.”

Curious about the selection process, I asked how and why Hallmark picked up this film. The short story is, Ricky happened to be in another film recently on the Hallmark Movie Channel opposite Luke Perry, namely Goodnight for Justice: Queen of Hearts, which garnered the highest ratings for the channel so far. Ricky (of Ricky Schroder Productions – producers of this movie) knew this would be a good fit. Apparently a lot of professional horsemen were involved in the production (including Pro Rodeo members, NHSRA and CHSRA) with stunts and fill in roles, which has garnered good support from the horse community. 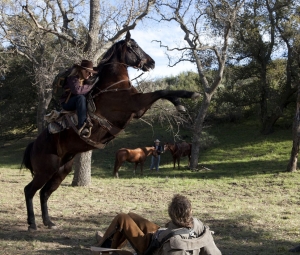 The PR lingo states “Wild Hearts tells the charming story of a teenage Malibu girl on a quest to meet the father she never knew while falling in love with a wild Mustang in the Sierra Nevada Mountains.”

I’ll be curious to hear your reaction to the movie. Please feel free to share in the comments below.