Are you listening to what your alpha horse is trying to tell you? 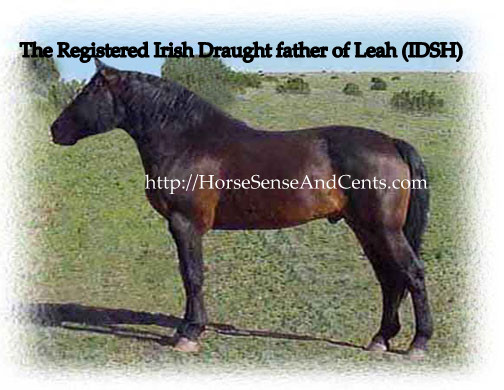 Even with alpha fillies and mares, there’s usually a good reason for an animated objection to a request. It’s rarely because they’re being belligerent. Before you jump to correct a horse for bad behavior, consider what your alpha horse is trying to tell you. If it’s a fair response, let it go and move on. Effective young horse training, assuming your goal is to develop a horse that trusts you and enjoys schooling sessions, requires you to keep the horse in the conversation.

This weekend, I was working with a couple of alpha gals.

Arab mare with an attitude

This young Arab mare was resisting the right rein a bit dramatically. This isn’t behavior I’ve seen from her before. She’s willful and opinionated, but has always been comfortable with a bit in her mouth and responsive to light hand cues. Anything else I asked of her was met with an impressive attempt to understand and deliver. There are times when it’s necessary to say no in a clear and commanding fashion. This wasn’t one of them.

There were good clues to suggest her reaction wasn’t combative. She responded willingly to all other aids. Working the left rein wasn’t an issue. Her attitude was kind, forward and eager until I put pressure on the right rein. She seemed relieved and appreciative when I went to strong leg cues for turns and left her mouth alone (ordinarily this mare would clearly communicate her annoyance to too much leg pressure). She was totally focused on me throughout the time we spent together.

The owner is going to have her teeth checked to either confirm my suspicion, or discount it. Regardless, something wasn’t right with this gal.

When working with any equine, but particularly with young alpha horses, it’s important to be able to quickly distinguish between obstinate push back and a fair objection.

Over the past couple of months, I’ve been working with a delightful 4 YO Irish Draught Sport Horse (IDSH) filly. She’s honest, expressive, smart and a super character that has this artful way of letting you know exactly what she’s thinking.

Recently, she showed her usual pleasure during grooming time (this always includes some good scratches in her favorite places – she still doesn’t quite understand my objections to mutual grooming). Her ears pricked up and stride animated as we headed toward the training area. As usual, she advanced through what usually would have required a week’s worth of riding time – in her mind – during the week-long training lapse.

During the week (while she wasn’t ridden) she had lengthened her stride a foot or more. Her frame was longer and lower and more relaxed. She’s always excited about the prospect of learning something new.

We started canter last week(end). She seemed to intuitively know when the request came. She took a stride or two to figure it out, but then transitioned to a lovely canter on the correct lead.

She even made the turn, responding to the left-rein half-halt and right leg pressure with ease.

That was more than she was ready for, but she was a good girl about it. No matter how long you’ve been working with horses, everyone does dumb things. I figured since she handled that so well – even commenting to the farm owner how surprised I was at this – to demand more.

You never have to guess what this filly is thinking. I closed my leg on her (she’s not super fond of leg pressure) and encouraged her to continue around what amounted to about a 20-meter circle. She let me know emphatically I was asking for too much. She was right.

She slammed on the breaks and reared. It was a fair complaint. So, instead of correcting what could have been construed as bad behavior, I simply let her finish expressing herself (it was brief) and gently asked her to take up a trot. We went back to some circles and figure eights at the walk and trot – something she was confident and comfortable with – then I asked for one last canter transition. She responded to the cue immediately, on the correct lead, willingly. After five or six canter strides – before we hit the turn – I gave a light check on the rein. It was time to give a good girl pat and call it a day.

Correcting honest expression with alpha horses can be hazardous

Things could have gone very differently with this IDSH filly. If I had gotten after her for her expression, she would have rightfully escalated things. She’d remember the conflict. It probably would have taken weeks to overcome her resistance (she is a Warmblood, after all) and resentful attitude toward training.

Horses seem to naturally appreciate and trust someone willing to include them in the conversation.

With most issues that occur with alpha horses, calm, patient insistence is a good approach. That wasn’t the right reaction here. Instead, riding out the tantrum with no reaction and asking for less was much more appropriate.

With the Arab, if this is a pain issue, it’s wrong to chance she might associate training time she’s come relishes with an unfair rash correction. She was willing, eager and focused with all else.

If your horse is acting out, consider asking why before you correct. You might discover interesting new ways to understand what they’re trying to tell you.

Have you found yourself assuming an alpha horse (or any other) was testing you but then came to realize something was wrong? I sure have. It pains me to reflect on some of the mistakes I’ve made. Or maybe you had one of those wonderful moments when your understanding caused your horse to melt? It’s your turn to enlighten me in the comments below. Look left and share, while you’re at it. Thanks!