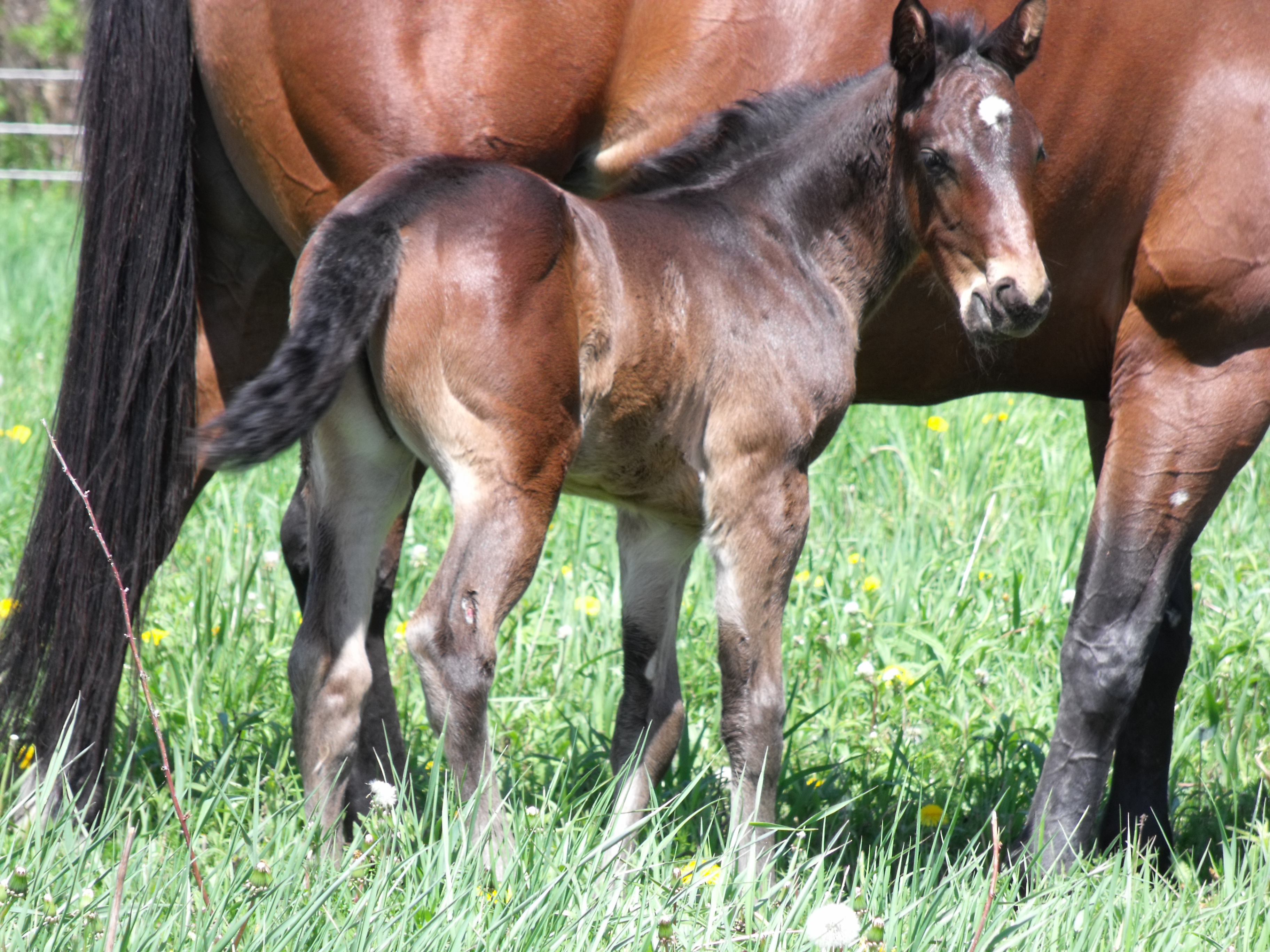 I was in the grocery store recently and overheard a customer say to the cashier “What we have is a misunderstanding.” The guy was trying to be clever, but not only was he talking to a gal that was born decades after Cool Hand Luke hit the screen, be he also messed up the quote. In this context, there’s a big difference between what he said and “What we have here is a failure to communicate.” His intonation clued me into what he was trying to allude to – and why he thought he was being so cute, but his comment came across as rude and ridiculous to its intended recipient.

This is something that happens often with horses. Subtle differences in how we move, feel or react speak volumes to our equine partners in ways that can send them in completely opposite directions (literally and figuratively) than we intend. Invariably, the horse gets blamed for intentionally misbehaving. How many times does an instructor hear “He won’t do it.”? Really? It’s amazing how often that comment comes after he’s just performed the task for someone else. Rarely does a student consider their request isn’t clear. Ever had a bad day and discovered your horse is tense and anxious too? Is your horse pushy or timid? Have you thought about what you may be doing to encourage this behavior?

This year I did something most would deem crazy. I elected Leah as a teacher for a green employee. Here’s the batty part – Leah’s one of Halcyon Acres’s® Irish Draught Sport Horses and her teaching role was to be performed as the student muddled through starting her under saddle. There’s more to the story, but in short, this young adult has been the beneficiary of riding lessons for the past seven months (often three times a week) and a variety of suitable horses for her level and ability, is extremely talented about being able to process verbal explanations into physical results when on a horse (she’s not a natural rider but progresses quickly with her interpretive talents) and spent the winter watching and then participating in some of the training of selected client horses in for starting under saddle. Leah is one of these incredibly smart horses who will let you know she doesn’t have to do what you ask, but then (usually) does it anyway. She’s also kind, careful and wise well beyond her years.  That seems to be a relatively common characteristic of the purebred Irish Draughts that carries through to the Sport Horses.

This employee is eager to get more involved in client training activities, but she was starting to get ahead of herself and making potentially dangerous mistakes as a result. Hence, the creative way to foster her learning.

Fortunately, Leah’s special in so many ways. This filly’s the only one who’s been able to challenge and subdue the single aggressive and territorial horse in the farm herd – and she did that as a yearling without hooves or teeth. She’s unflappable. She seems to understand her size and weight could injure people, so is very careful about how she moves or reacts around humans. She’s smart and likes to let you know how clever she is, but only does so to underscore she’s choosing to cooperate. She’ll call you out in a second if your communications cues are off. Leah’s just one of these horses that is so wise and confident, she spends most human interaction time teaching the teacher – and does it in a way that’s safe, albeit hilarious at times. She seems to know more about what the human wants then they do – so this is one of these rare young equines horses that could be handed off to a novice without risk of ruining the horse or injuring the student. The irony of who’s teaching who is our little secret.

Since Leah so capable of being a safe yet insistent teacher, I offered to stay out of it. Of course, I keep an eye on what’s going on, and offer help when I can see frustration mounting, but have let Leah do most of the schooling. And what a great instructor she’s been.

During liberty groundwork, Leah initially refused to stop (and ultimately taught the student what she was really doing with her body language). She was a sweetheart about accepting tack and a rider in a confined environment, picked up hand and leg cues immediately and willingly complied with requests. When work moved outdoors, though, and the student failed to get her attention, spent way too much time messing around in preparation for climbing aboard and failed to lengthen the leather to avoid putting undo strain on Leah’s spine, she walked off every time a foot was put in the stirrup as the would-be rider hopped around on the grounded leg for 30 paces or more. After chuckling about this for about a week waiting for a request for help, I decided to offer it. We resolved this in five-minute’s time. Every day Leah comes up with another clever way to foster the education. She knows what this gal wants, but refuses to give it to her unless she asks right.

Are you clear about what you’re really asking your horse to do?

Most horses aren’t as intuitive about intent or as amused by human missteps as Leah. A subtle error in body language, bad mood energy, tentativeness when they’re insecure, incorrect riding aids or a failure to include the horse in the conversation creates confusion or angst for the majority of horses. Expecting them to figure out what you want or characterizing their response as bad behavior isn’t fair. If your horse isn’t doing what you want, consider what you might be doing to confuse or frustrate him.

Honestly, I don’t know why that quote from Cool Hand Luke has stuck in my head for so many years (I’ve seen the movie once). This misquote was like nails on a chalkboard for me, though, because the chosen words and the way that statement encapsulated the entire message of the movie was crucial. Often, it’s the same way with horses. Things that don’t seem important to us are critical in fostering understanding and rapport with your equine partner.