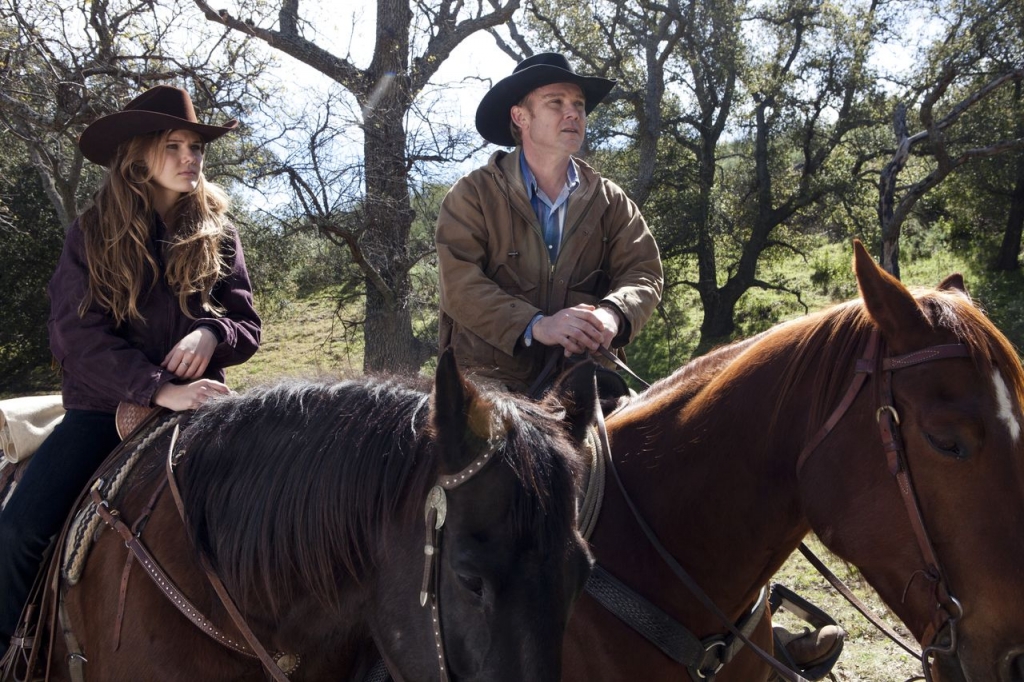 I asked how and why Hallmark picked up this film. The short story is, Ricky happened to be in another film recently on the Hallmark Movie Channel opposite Luke Perry, namely Goodnight for Justice: Queen of Hearts, which garnered the highest ratings for the channel so far. Ricky (of Ricky Schroder Productions – producers of this movie) knew this would be a good fit. Apparently a lot of professional horsemen were involved in the production (including Pro Rodeo members, NHSRA and CHSRA) with stunts and fill in roles, which has garnered good support from the horse community.